Best Knife Sharpener: Guide On How To Purchase

How We Chose Our Rankings

The Best Knife Sharpener For You 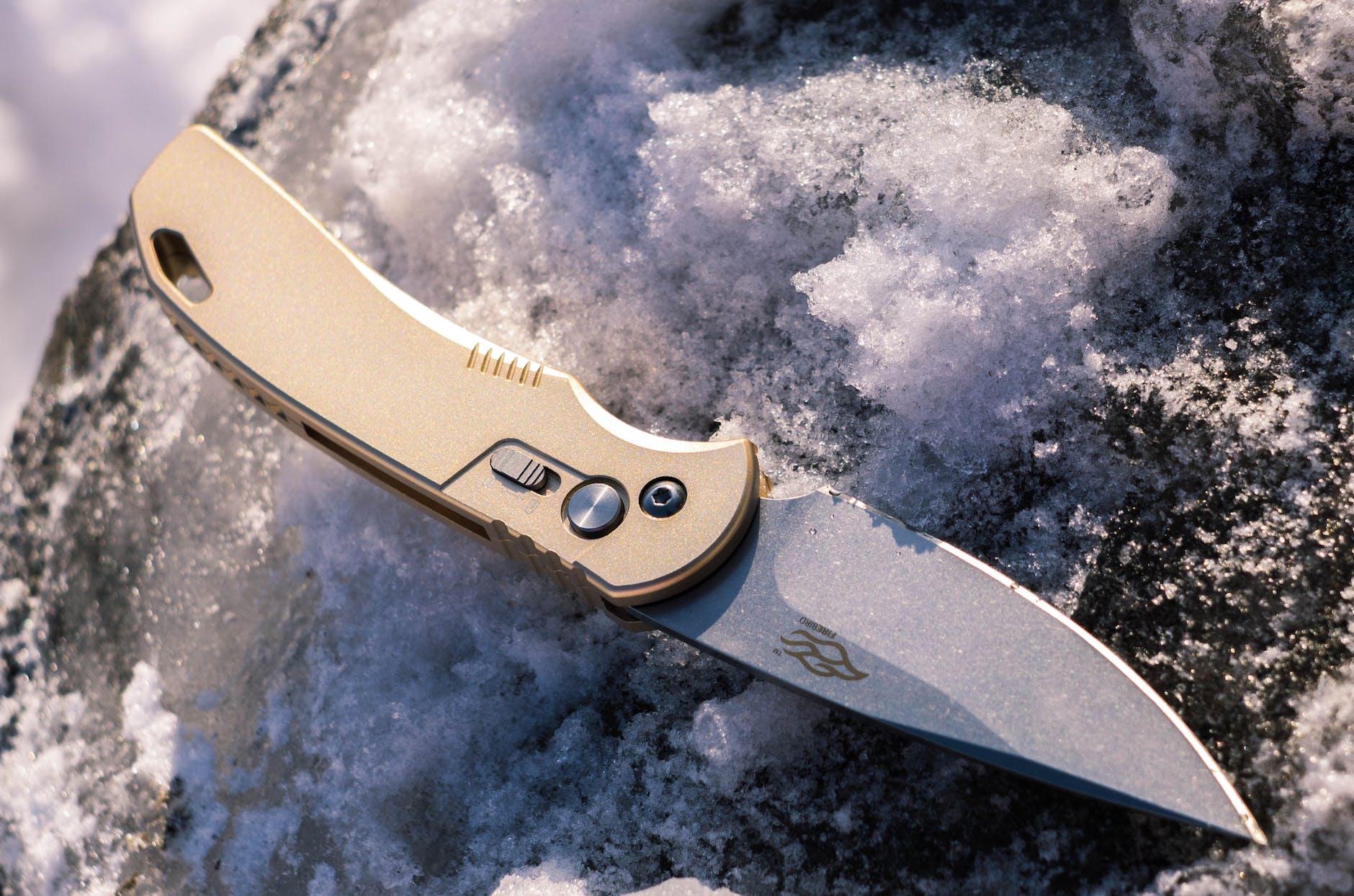 There are so many options on the market today. Even after examining a list of the best options, it’s hard to determine which is the best option for you. Before heading out to buy a knife sharpener, take a moment to think about a couple of the specifications on different knife sharpeners. By knowing the grit level, sharpening time, and budget that works best for you, you’ll be able to pick out a knife sharpener perfect for your kitchen.

The level of grit on a knife sharpener shows how much of the metal will be stripped from the knife during the sharpening process. All knife sharpeners come with some varying level of grit. Whether it be a whetstone with two sides or an electric sharpener with different settings, grit is often semi-customizable.

Course grit knife sharpeners are more for damaged knives that you’re trying to sharpen the life back into. If you’re just trying to get a routine sharpening, you probably won’t need this setting. This grit level is labeled as 1000 or less.

Medium grit and fine grit are the most commonly used grits on a knife sharpener. Medium grit will be labeled 1000-3000 and fine is labeled 4000-8000. The higher the rating, the finer the grit. A medium grit will be good for sharpening dull knives that aren’t damaged. Fine grit is great for a routine sharpening to your knife’s edge.

Almost any knife sharpener you buy will get the job done, but at what cost to you? Time is money, and you don’t want to spend all day sharpening your knives. While professional chefs and those who take deep pride in their cooking may not mind spending up to five minutes sharpening each knife, this isn’t ideal for everyone.

All methods will get the job done; some just are a bit faster.

Knife sharpeners are available for every type of budget. Prices can range anywhere from $10 to $200. In our ranking, we’ve taken all sorts of budgets into account and displayed both budget and high-end options.

The biggest difference when it comes to price in knife sharpeners is longevity. If you’re someone who just wants to sharpen your knives for holiday dinners and family gatherings, it’s safe to say a cheaper model will do the job. However, someone who plans on using their knife sharpener once a week, or even once a month, will want to splurge a little to get a longer-lasting model. 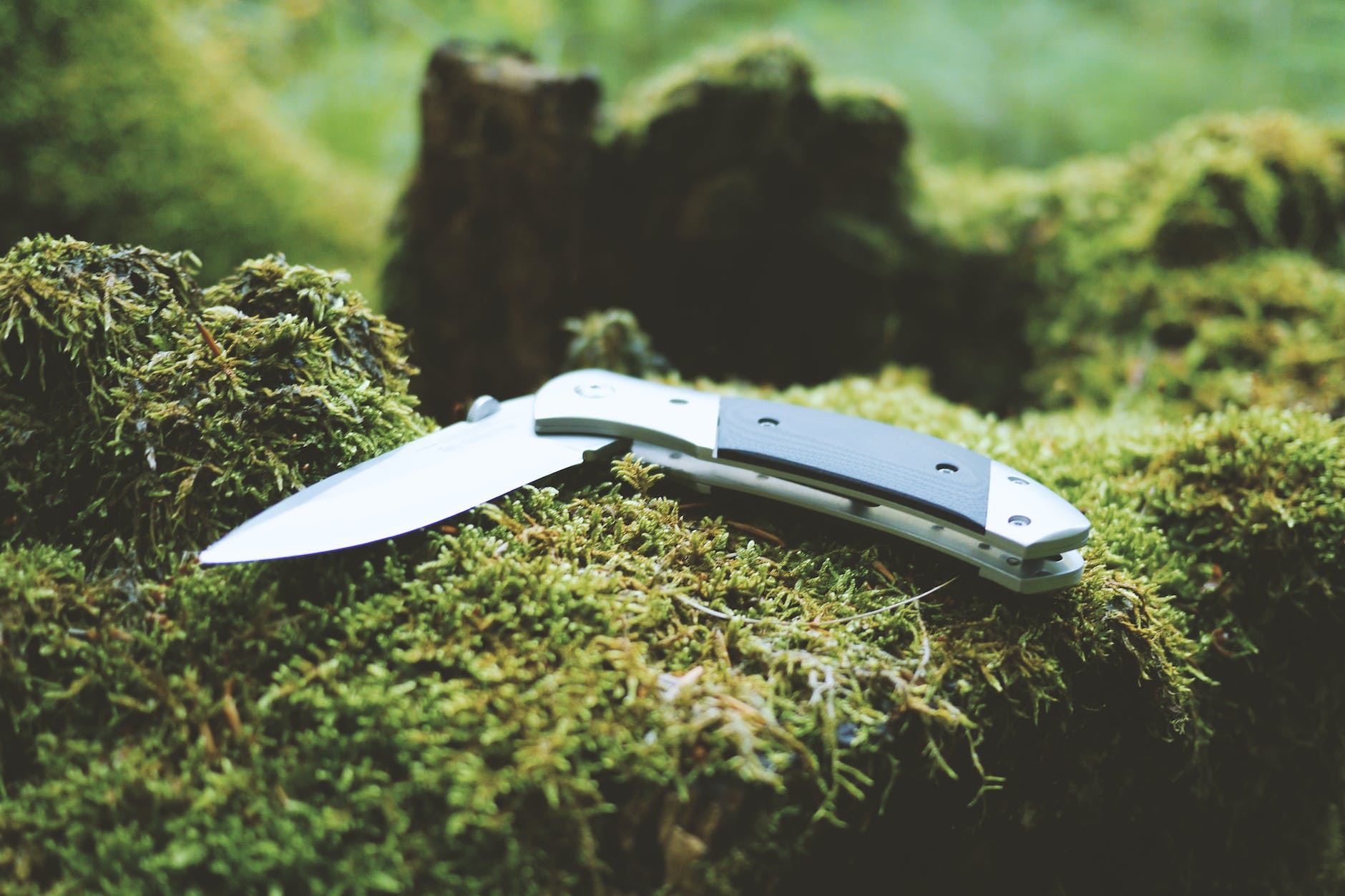 Depending on whether you’re shopping for a commercial kitchen or simple home use, determining which knife sharpener is right for you can be the difference between a knife sharpener that lasts you years to come, and one you find yourself replacing year after year.

Stones are great sharpeners for dull and lifeless knives. To sharpen with a sharpening stone, you simply stroke the knife across it at different angles. By doing this, you reveal a new layer to the metal on the knife.

Although this method is great for sharpening all kinds of knives, it does require more time than other styles of knife sharpeners. If you made a large investment in your knife collection, it might be worth the extra time to care for your knives into the future.

Electric and manual sharpeners add convenience when it comes to sharpening your knives. However, these methods don’t allow for as much control as the whetstone option. Both of these options are great for getting your blades sharpened in a fraction of the time it would take with other models.

Manual knife sharpeners come with many transportable options, making it easy to pack up your knife sharpener and bring it on the road with you. Manual sharpeners are also cheaper than their electric counterparts.

Honing steels, or sharpening steels, work best for already sharp knives. Instead of cutting down the blade like other sharpeners, honing rods take an already sharp knife and simply straighten out the edge. These rods are most commonly used by chefs before and after they use their knives.

A honing rod is best for people who want to take care of their already-sharp knife set rather than bringing life into an old set. The rods generally come in three types of material: steel, ceramic and diamond. The diamond rods are stronger than steel, able to cut a new edge into the knife rather than just freshen up the existing edge.

Overall, these sharpeners are easy to use, quick, and come in many options to customize the kind of honing you’d like for your knives.

Let’s go ahead and take a look at the ten best knife sharpeners on the market today.

This manual knife sharpener isn’t glamorous by any means, but it’s the perfect knife sharpener for the budget chef who wants to sharpen their knives quickly. It does the job incredibly well and efficiently, requiring only 3 strokes for sharp knives. This is great news to people who don’t want to use all their time sharpening on a whetstone.

We liked this model because it’s great for all sorts of knives, not just the ones in the kitchen. Use your pocket knives, hunting knives, razors, and chef’s knives. The only things you can’t sharpen with this sharpener are scissors and finely toothed knives. It’s also very durable and compact so you can bring it with you when you go camping or hunting.

One thing we did notice about this knife sharpener, is it can be a bit aggressive, maybe sharpening your knives more than you wanted.

For only $10-$15 online, the Sunrise Pro is the real deal. It’s easy and safe and doesn’t require any experience or expertise to get sharp knives. Overall, we gave this sharpener

For our first electric sharpener on the list, we present the Wusthof PEtec knife sharpener. Though this model does come at a higher price point, you’re not going to get a better and more precise result with any other model. This device allows you to sharpen knives in three different stages and achieve a result so good, it’s almost dangerous.

No matter if you’re an expert at sharpening knives or not, no need to worry. The technology of this device takes over the whole process for you so you can get a professional-grade result every time.

We liked that even though this model is made with high-quality German engineering, it’s still light enough to transport and store around your kitchen. Though the price point at about $180 is overwhelming to some, we found that this sharpener will last you years into the future.

Probably the coolest looking knife sharpener on our list, the Warthog V-Sharp Classic II will have your knives razor sharp. This knife sharpener offers 325 grit, which is meant to sharpen even the dullest of knives. The design is completed with diamond rods and finishing steels, ensuring you that this device can sharpen almost anything.

This efficient model can sharpen both sides of your knife at one time. It can also handle hunting knives. We liked that this sharpener was designed with a rubber base so it won’t slide all over the counter when sharpening your knives.

Though this model looks intimidating, it’s one of the best knife sharpeners on the market. Available for $75 online, we give the Warthog V-Sharp Classic 5 out of 5 stars.

This sharpener is ultra simple and super fast, we think it’s the fastest on the market. It’s great for home use and someone who doesn’t want to be bogged down by having to sharpen their knives. This compact sharpener gives you quick and quality results every time with no fuss or confusion.

We liked that this sharpener has two separate slots: one for sharpening and one for honing. Both sides used diamond surfaces to ensure a precise cut that lasts a long time. This model is also designed with a soft-touch handle that allows you to keep a secure grip on the sharpener when handling your knives.

The Chef’s Choice Proto Pro 463 is the best budget option for knife sharpeners in our opinion. Overall, we give this $30 option 5 out of 5 stars.

The first honing rod on our list, the Idahone 12” sharpening rod is a great easy way to maintain your knives sharp edge between sharpening. Though it doesn’t completely sharpen your knife’s edge, it does revitalize and smoothen the surface of your knives.

This model proved to work on knives of all types, smoothening both hard and soft metal knives. We liked this model because it removed less metal than other sharpening rods on the market. This means your knives will last longer and wear out at a slower rate.

This sleek-looking design can remain on your countertop without compromising the look of your kitchen. This sharpener does take some getting used to and is a bit more expensive than other models, but we give it an overall 4.5 out of 5 stars.

For those who want to start sharpening their knives by hand, we loved this Smiths SK2 sharpening kit. If you’re inexperienced with using a whetstone to sharpen knives, this sharpening kit is a great place to start. 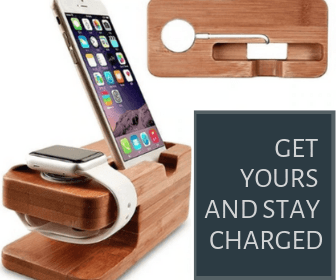 The kit includes a medium-grit stone to sharpen the knives and an Arkansas stone for honing and finishing. In addition to the stones, this kit also comes with a honing solution that will protect the stone’s surface so it lasts you well into the future.

This option is great for the basics. It’s not the most glamorous whetstone on the market, but for only $14, it gets the job done. We gave this sharpener 4 out of 5 stars.

Another whetstone option for sharpening, this five-piece pack is great for all sorts of kitchen, outdoor, and hobby knives. This kit comes complete with five different types of stones that allow you a completely customizable process for the ultimate knife sharpening experience. This kit also includes honing oil so you can protect the stones.

We enjoyed the finger grips that come on these whetstones. Overall, it makes the process very easy. Unlike traditional options, this kit allows you to move the stone along the knife instead of the knife along the stone which we felt added a welcome new degree of control.

This manual stone system allows you to sharpen your knives at four different angles. It does take some time and practice to get the perfect edge, but we found the Lansky 5 piece kit made it easy to learn.

Though you probably would never use all three slots for one knife, we liked that this sharpener offered versatility and options that others did not. In all tests, this sharpener delivered precise edges and sharp results every time.

Though this knife sharpener is great, it does come at a high price tag and may not be worth it for what it delivers. For $170, we gave this model 4 out of 5 stars. It’s a great sharpener, but we believe there are better options at this price point.

A great budget option is this Presto Eversharp sharpener. Despite the lower price, this model was able to stand up to others in precision and quality. This sharpener only sharpens 20-degree blades, so that was a bit of a limiting factor. However, if you own 20-degree blades, this is a perfect option for you.

For $70, this model offers 3 stages of sharpening ensuring you get a great result every time. It’s also super user-friendly and easy to use. Overall, we gave this sharpener 3.5 out of 5 stars for its limited blade sharpening ability. But, for 20-degree blades, this sharpener knocks it out of the park. 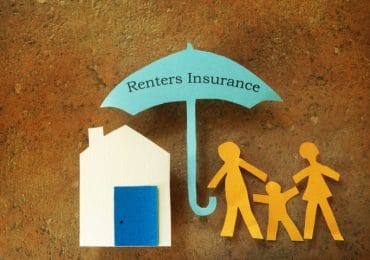 What Is The Best Renters Insurance? 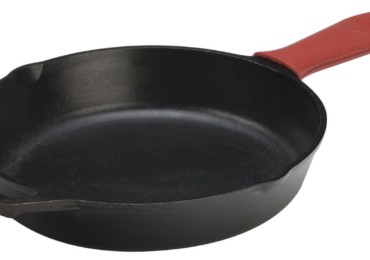 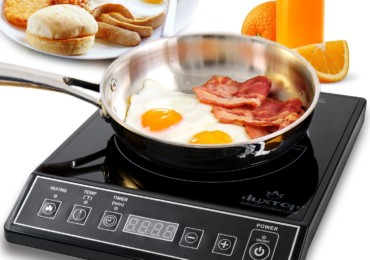 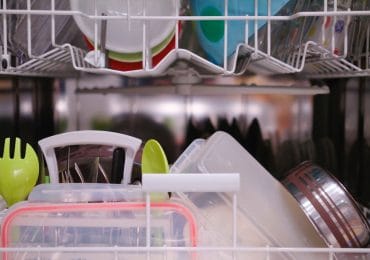 Clean Your Dishes the Right Way with These Best Dishwasher Brands 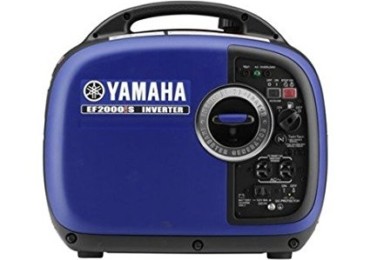 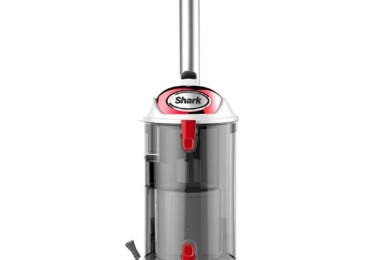