A Guide to Personal Wireless Audio


Making sense of the jungle of headphones, ear buds and options

When you want to shut out the world to enjoy your favorite tunes, ear buds and headphones are just the ticket. Over the last decade, the Next Big Thing has been wireless devices. So popular is the wireless wave that the latest iPhone release does away with a headphone jack. While you can still connect listening devices through the Lightning connector, the move is seen as tacit approval for wireless connectivity using Bluetooth.

Yet, Bluetooth is only one of three common wireless methods used for personal audio listening. Bluetooth certain emerged as the popular favorite, but let’s look at each of the technologies to see why the market settled as it did. 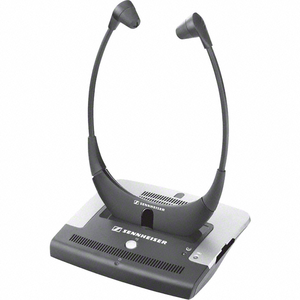 One of the first methods commonly used for wireless personal listening, infrared headsets gained initial exposure as assistive devices for theater patrons. Most prominently, Sennheiser systems took microphones mounted in the theater and sent the signal to an infrared transmitter. Patrons borrowed or rented headsets with IR receivers. Those in the back row could now hear everything.

This technology briefly travelled to the living room for television viewing. IR is fine for same-room use, but because it requires a straight line of sight between transmitter and receiver, usefulness is limited to one room. IR headsets are still made to support older systems, however infrared is not a major player in wireless personal audio.

RF technology freed a listener from a single room. Using methods similar to cordless telephones, wireless radio headphones picked up signals from transmitters up to 150 feet away. TV viewing was still the intended use, and these models were often capable of mono playback only. 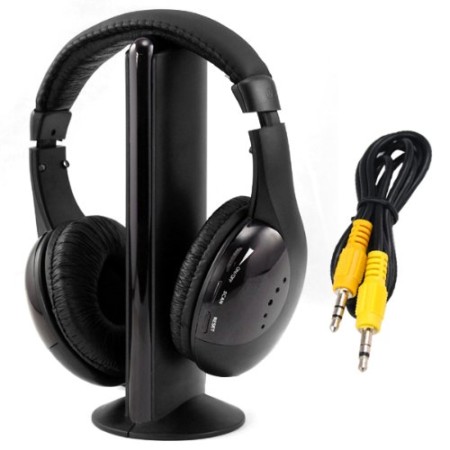 RF headphones require a transmitter somewhere in the audio signal path of a home entertainment system. This requires some comfort with technology, for system setup at least. As with phone technology, sound quality is not high fidelity, and the RF bands used commonly suffer moderate interference. 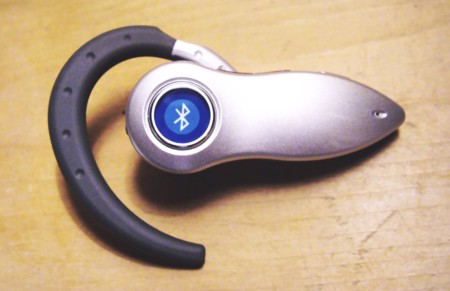 Rather than just a technology that caught on, Bluetooth has a number of characteristics that make it ideal for personal wireless audio. So much so that it almost appears to be by design. In a way, it was, since engineers at Danish cellular maker Ericsson created Bluetooth to replace cables between cell phones and hands-free earpieces. Though audio wasn’t the primary design consideration, it was part of the original specification and personal audio logically developed.

It was about this time that the Bluetooth audio explosion began in earnest. Speakers, headphones and earbuds fed a market hungry for the wireless advantage. Devices proved easily portable due to BT’s low power consumption. Rechargeable batteries don’t need to be heavy, since BT sips electricity rather than guzzles. It’s common for BT headphones to offer 10 hours of performance time before recharging.

The simplicity of BT also won scores of supporters. While IR and RF devices require the addition of a transmitter, Bluetooth is ubiquitous, built into smartphones, tablets, laptops and desktop computers as a matter of course. With transmitters literally everywhere, personal audio devices easily pair with any audio source.

You can check out our buying guide for a comprehensive look at the best Bluetooth headphones. You can also read more about how Bluetooth wireless works in this article

Because of the explosive growth in both numbers and capability, smartphones drive the market for personal audio devices, and that favors Bluetooth. Convenience and accessibility drive consumer choice here. Therefore, as we discuss personal audio devices from this point on, Bluetooth is the platform. IR and RF simply can’t compete.

Three general styles cover the personal audio product line. Each has their own characteristics and in the end, the “best” comes down to personal choice. And with models and options proliferating, who says you must choose only one? Affordable options in all styles abound.

Circumaural (over-the-ear) Headphones
These are the largest of the bunch. The principle behind this design encloses the ear, making a seal with the earcup against the head. For acoustic isolation, there’s no better design and most, though not all, noise-cancelling headphones use this design. Though large, designs can be comfortable and balanced.

On-the-Ear (OTE) Headphones
The cups of this design rest on the outside of the ears. There’s no attempt at an acoustic seal and isolation, so more of the outside world gets through. Usually, OTE designs weigh less than circumaural models. It’s possible to find this style with active noise-cancelling, but it’s less effective due to this lack of seal.

Ear Buds
While the Apple iPod buds weren’t the first of this design, these were the first that many people used. This style usually has a small piece that fits the outer ear canal. Wireless versions use a number of strategies to keep the earbuds in place. Some feature a tether that mimics a plug-in wire, but in fact simply connects the buds to something substantial. Others have a light band over top or around the back of head, and still others use some sort of clip over and around the ear. These offer the most open and free feeling, but their small size and weight sometimes limits battery life.

– Active Noise cancellation – microphones and electronics built-in to headphones sample ambient noise and introduce a signal that literally masks outside noise. Popular with frequent air travellers, the most effective models are pricey.

– Call Management – Rather than the mic and controls formerly found on the cable of personal audio devices, these now get mounted into the earcups or buds, capable of answering, conducting and ending calls from the device. Not all devices match all smartphone features, so shop carefully if this is important to you.

– Moisture and weather resistance – for those who work out to music or those who simply get caught in the rain, this added durability is a welcome feature.