Bluetooth Technology – How it Works

The power of microprocessors rests partly in the way that digital technology creates ways to accomplish many tasks in easier, yet more powerful ways. Where once the most common everyday digital device was a calculator, now the common smartphone includes the capabilities of still and video cameras, audio recording devices, home audio playback systems, Internet browsers, game platforms and the list goes on. As single devices become so powerful, the need for interfacing between different devices grown.

For example, a smartphone is fine for the audio needs of its telephone uses. However, on its own, a smartphone is too small to house a speaker system of reasonable fidelity. For that there’s a jack into which you can plug headphones or earbuds.

Wireless connectivity extends connections in a similar way, though instead of a physical connection, such as an audio jack, technology such as Bluetooth handles the data flow. This increases the connections available to a device, and thus extends potential ways that device can access other equipment. Let’s look at Bluetooth in particular.

For more information you can check out our buying guides on best Bluetooth Speakers and Best Bluetooth Headphones. Adding Bluetooth speakers may be easier than you think, check out this article to learn more.

There’s nothing startling behind the science of Bluetooth. It’s a protocol built around short range, short wavelength UHF radio. Developed through Danish telecom giant Ericsson, Bluetooth was originally intended as an alternative to RS-232 cables for data transmission.

The Bluetooth name itself came from Danish history. King Harald Bluetooth brought bickering Danish tribes into alliance as a single kingdom, much as Ericsson’s engineers tried to unify wireless data transfers in a single protocol. The Bluetooth logo is a combination of two runes representing King Harald’s initials.

The idea behind the BT concept dates back to 1989 and a concept called “short link radio.” Initially intended to support only wireless headsets, by the time it was named ‘Bluetooth’ in 1994, its greater potential became apparent.

We think of wireless communications, such as radio and television, as being a sort of invisible wire. For example, a radio station broadcasts on a particular frequency band and setting a receiver to that frequency permits receiving and decoding that signal into the audio we hear and recognize as that station.

Bluetooth uses radio waves in a different manner. There are 79 separate bands assigned to Bluetooth. Outgoing data gets divided into packets, each of which is transmitted simultaneously, up to 79 at a time. It’s called frequency hopping. There are different ways of modulating information, which translates into speed of data transfer. This is how more recent versions of BT transfer data faster. 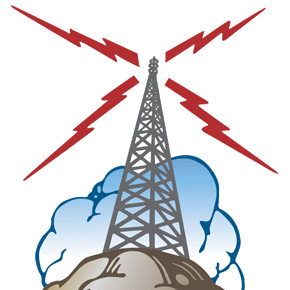 AM radio stations from the 1950s and 60s used to boast of their 50,000-watt signals. With the right weather conditions, listeners could sometimes be hundreds of miles from the broadcast antenna, with radio signals bouncing off layers of the atmosphere.

Bluetooth is far more modest in its capabilities. There are two main reasons. First, low power consumption permits battery-operated devices to go longer between charges. Second is that BT was only intended for small area networking. There simply wasn’t a need for a signal that travelled any great distance. Compared to that radio station, a BT device has a signal of about 1 milliwatt. The average cell phone signal gets up to 3 watts. In the radio broadcasting game, a Bluetooth signal is small potatoes.

Because of this low power, a Bluetooth signal has a range of about 32 feet. Unlike infrared, the technology behind a TV remote, Bluetooth doesn’t require direct line of sight. It transmits through walls.

Up to eight BT devices can be tethered, a master and seven slaves. Remember those 79 channels? That’s how the master supports multiple devices. Though all 79 channels may be loaded, they may not all be sent to one device. It’s a parallel arrangement where data flies between one master and up to seven slaves simultaneously.

Like any wireless data technology, Bluetooth signals can be freely captured from the air. After all, that was the point of commercial radio for so many years. Now that so much personal data floats around, the situation changes quite a bit.

By nature of its low-level signal, Bluetooth has a natural security feature in its short range. Security methods don’t count on this, though. There are different security modes used by different BT devices. The pairing process is one such way of setting a connection that couples and encodes two devices. After pairing, these devices no longer look for other devices to connect with, unless the user deliberately starts the process. Non-discovery modes also lock out unauthorized access. 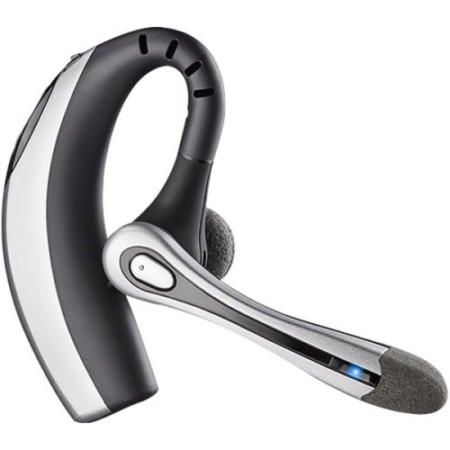 – Wireless connection between cellular phone and a hands-free earpiece or headset, the first practical and popular use of BT technology.

– Audio streaming between a device and headphones or earbuds. See Best Wireless Bluetooth Headphones for examples of current market offerings.

– Connectivity between smartphones and car audio systems for hands-free calling.

– Home and portable audio streaming to BT enabled speakers. You can find an article on the Best Bluetooth Speakers here.

– Connecting computer peripherals and input devices, such as the mouse, keyboard and printers.

– Connecting smartphones with digitally enhanced cordless telephones. When an incoming smartphone call arrives at a user’s home where there’s a DECT phone available, the call transfers via

– Bluetooth from smartphone to home phone.

– Personal security applications such as theft reporting of the device.